THE END
OF SILENCE

Montreal is a city dedicated to music by hosting dozens of music festivals and hundreds of concerts yearly. Music evokes motion, movement, and emotion. The challenge comes down to creating a music promotional kit for Matthew Herbert’s fictional concert in Montreal. 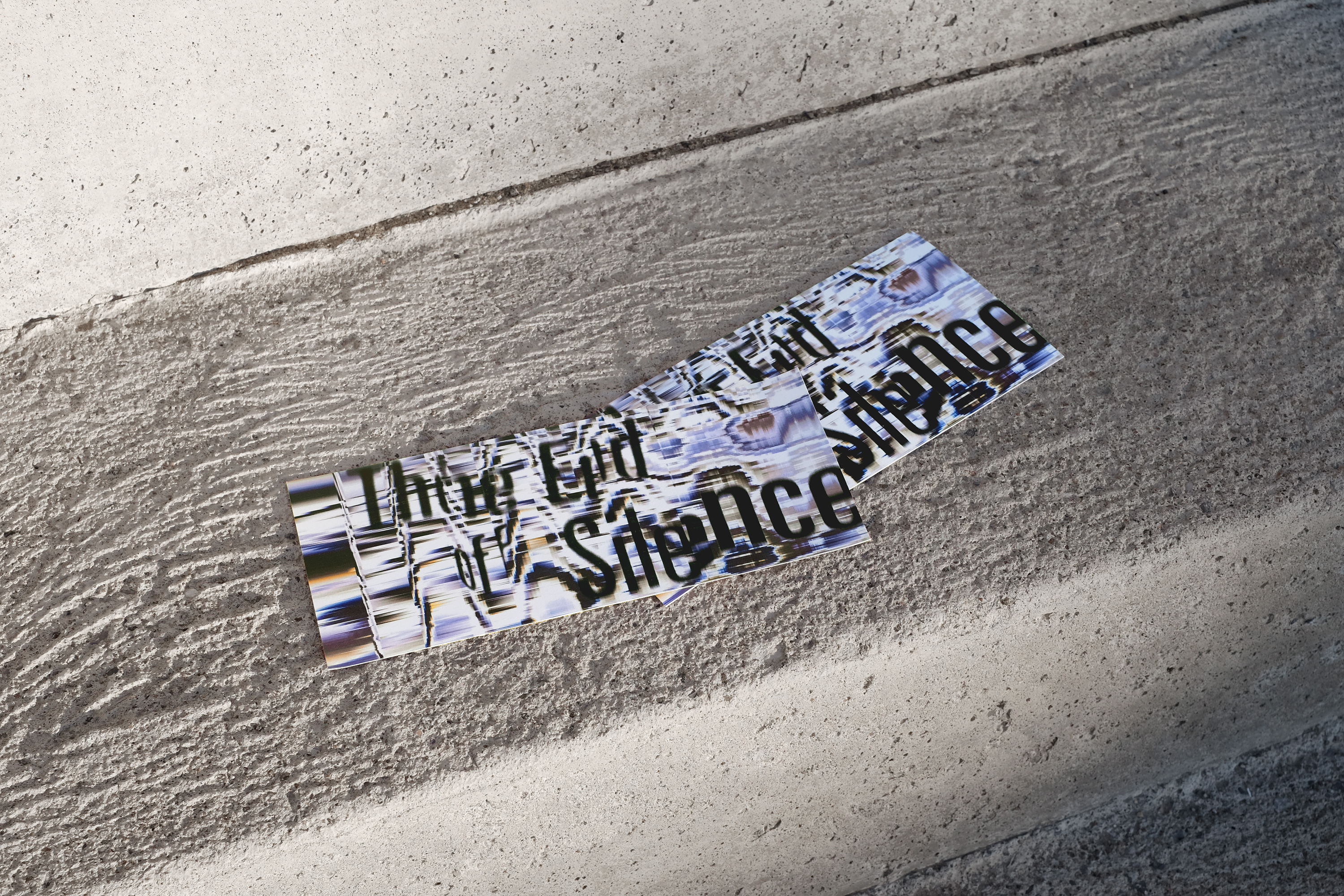 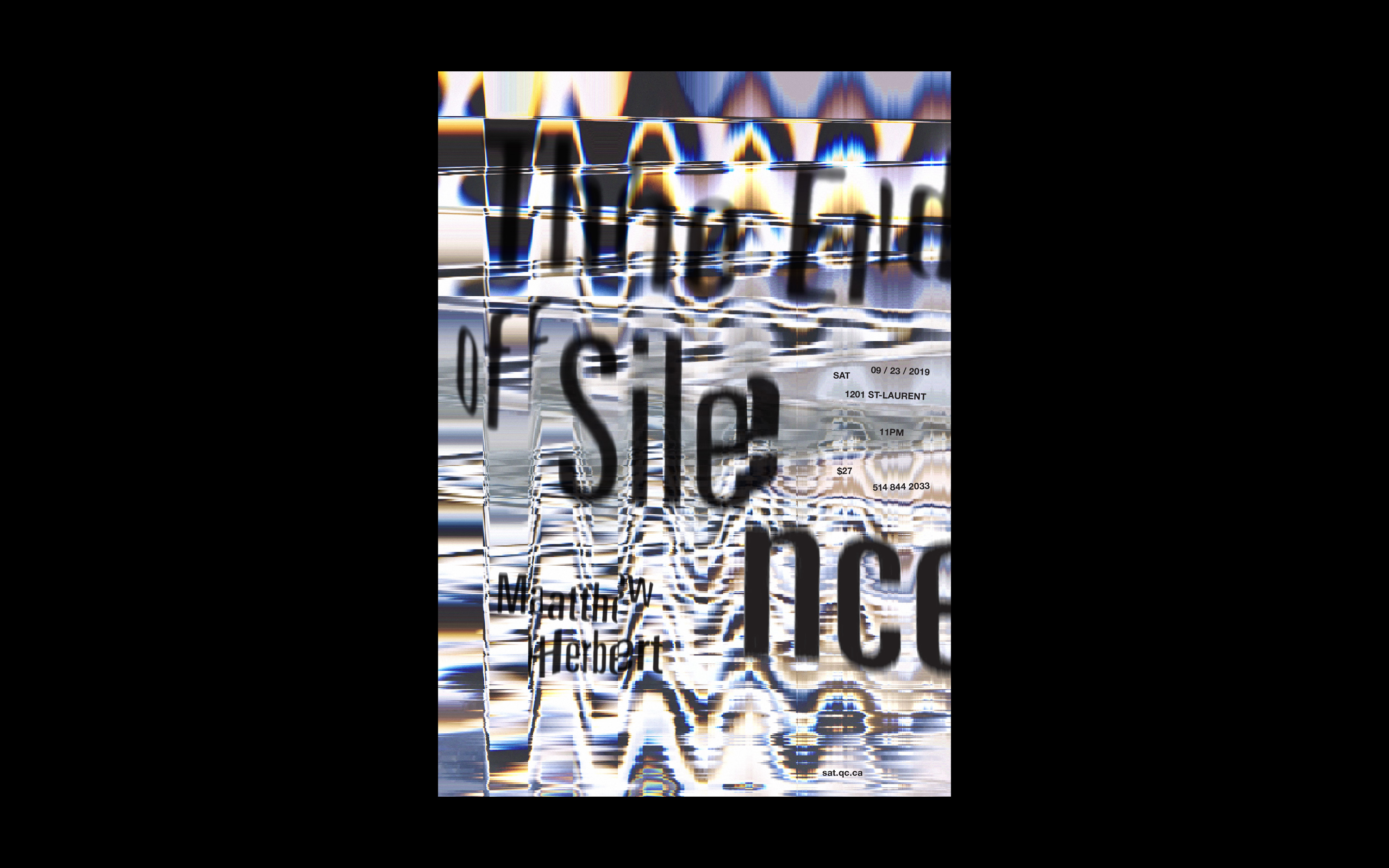 To capture the essence of the album, it was necessary to listen to the music whenever possible. The End of Silence revolves around a live recording of a pro-Gaddafi plane dropping a bomb and is explicitly heard in the first ten seconds of the album. Matthew Herbert heavily manipulates the recording and distorts sounds to create an abrasive yet melodic album. The chaotic and vibrant nature of the event is the guiding source for the poster.

A combination of digital and analog methods were explored for the promotional kit. The typography was passed inside a scanner to manipulate the letterforms. The original chosen photograph was manipulated digitally to reflect the distortion techniques in Herbert’s music as well as reflecting the importance of software in his work. The visual is reminiscent of the fragmentation of the digital noise featured throughout the album, evoking a sense of the chaos and the unknown. 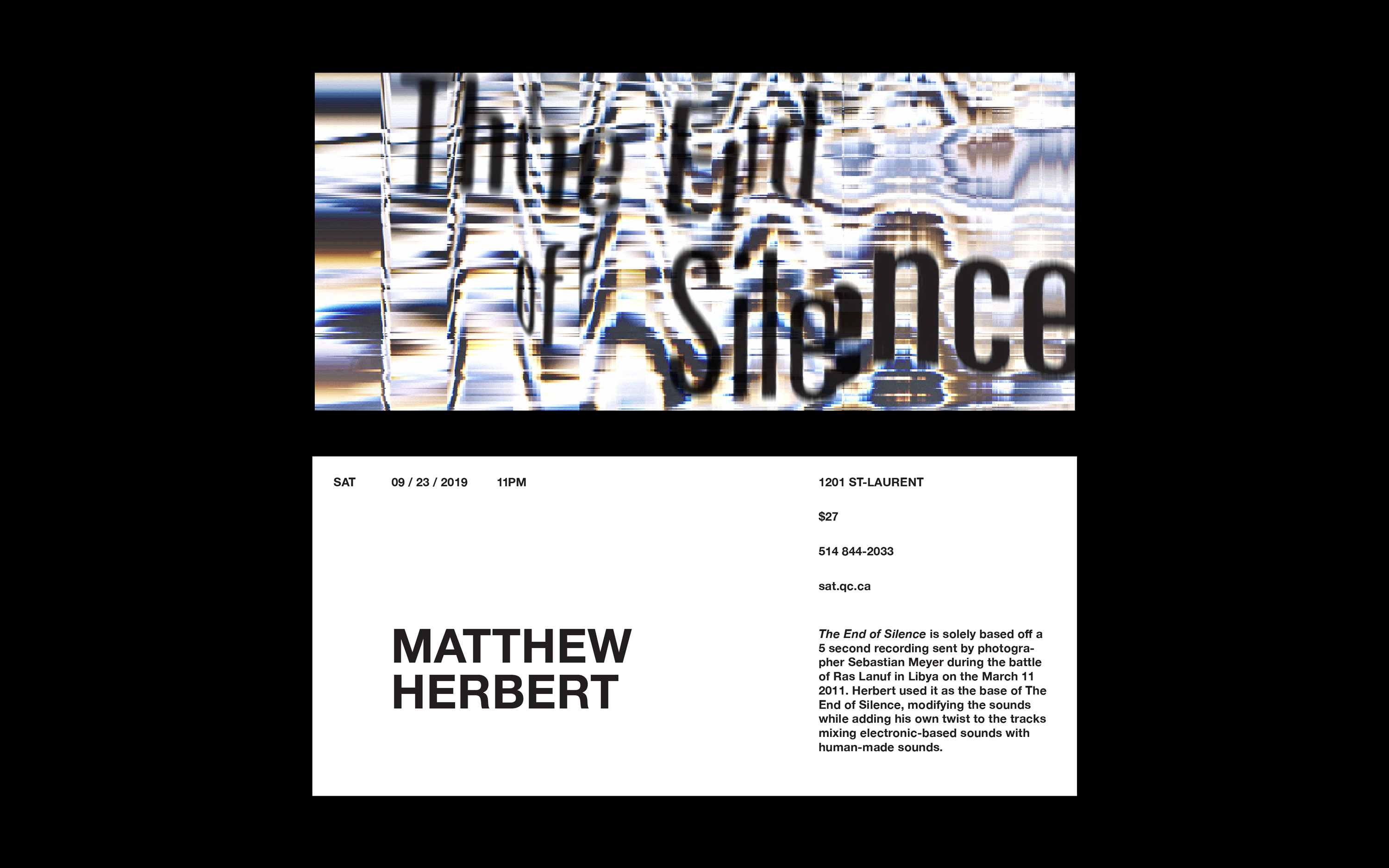